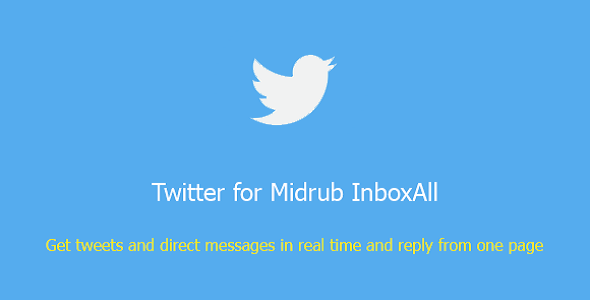 To understand better what is Twitter for the Midrub InboxAll app please watch this video https://youtu.be/ISSyiohQ6X8

Before purchase the Twitter network for the Midrub InboxAll it’s important to know that this network uses the Twitter webhooks which aren’t available for free. You can use the Twitter webhooks only for personal use or with maximum 15 connected accounts. You won’t have too many restrictions with reading and replying to the tweets. The problem will be with the direct messages, which can be open/read about 3 in 5 minutes. These restrictions are only for free use. With paid plan, you will have more advantages with same network in the Midrub InboxAll app.

The network can be limited per plan too as other networks in Midrub. You can disable access for a plan, by disabling the Twitter network in the plan’s page.